Together with Tudur Owen and Sian Harries, I've been working on a new show for S4C called O'r Diwedd - A two-part look back at 2016 with sketches, monologues and a blink-and-you'll-miss-it appearance of me in a dreadlock-wig.

The episodes go out at 10pm on Christmas Eve and 9pm on New Year's Eve. If you can't speak Welsh, you can watch it live with English subtitles or catch it on BBC iPlayer afterwards (just press the "S" in the corner of the screen).

How Not To Deal With A Technical Error

Taken from my Sunday afternoon show on BBC Radio Wales, this is the first full link from the edition broadcast on 13th November 2016. The whole show (including repercussions of this incident) is available on my bit of the BBC Radio Wales website.
at November 16, 2016 No comments:

Pantheon Of Heroes - Available Soon/Now (Depending when you read this) 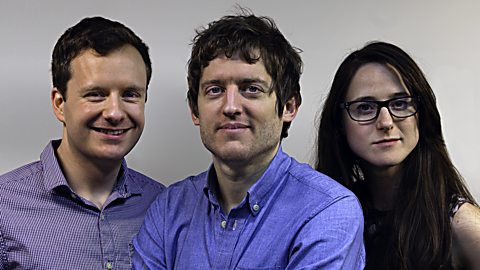 The fourth series of Elis James' Pantheon Of Heroes starts this Saturday (13th August) at 1pm on BBC Radio Wales.

Written by Elis James, Benjamin Partridge and myself and starring Elis, Ben and Nadia Kamil, this series is all about places, as opposed to people, so the three episodes cover Market Towns, Industrial Towns and Cities (although I have no idea what order our producer, Sharif Shahwan will choose to put them out).

While we're thinking further ahead - if you're reading this on-or-after the 18th August, you'll also be able to listen back to Fred MacAulay's Wet Hot Political Summer on BBC Radio 4 - Recorded at the Edinburgh Fringe Festival and which, by the time it is broadcast, I will have helped write (Haven't done anything for it yet though. It's topical. To do anything right now would be presumptuous).

And, considerably more straightforwardly, whenever you read this, you should be able to find the last few editions of my BBC Radio Wales Sunday show on the BBC Radio Wales website right now.

So the week before the EU Referendum, I was one of the writers for BBC Radio 4's one-off Vote Now Show: EU And Yours - It's still available on the BBC Radio iPlayer and as the BBC's Comedy Of The Week podcast although, because I've been a bit slow to update this blog, I'm now pointing to something which may as well be part of Radio 4's Archive Hour.

The following week, I traveled to North Wales and did my regular Sunday afternoon show from the BBC's Bangor studios - While there I took the opportunity to walk up Snowdon and enjoy the excellent views... 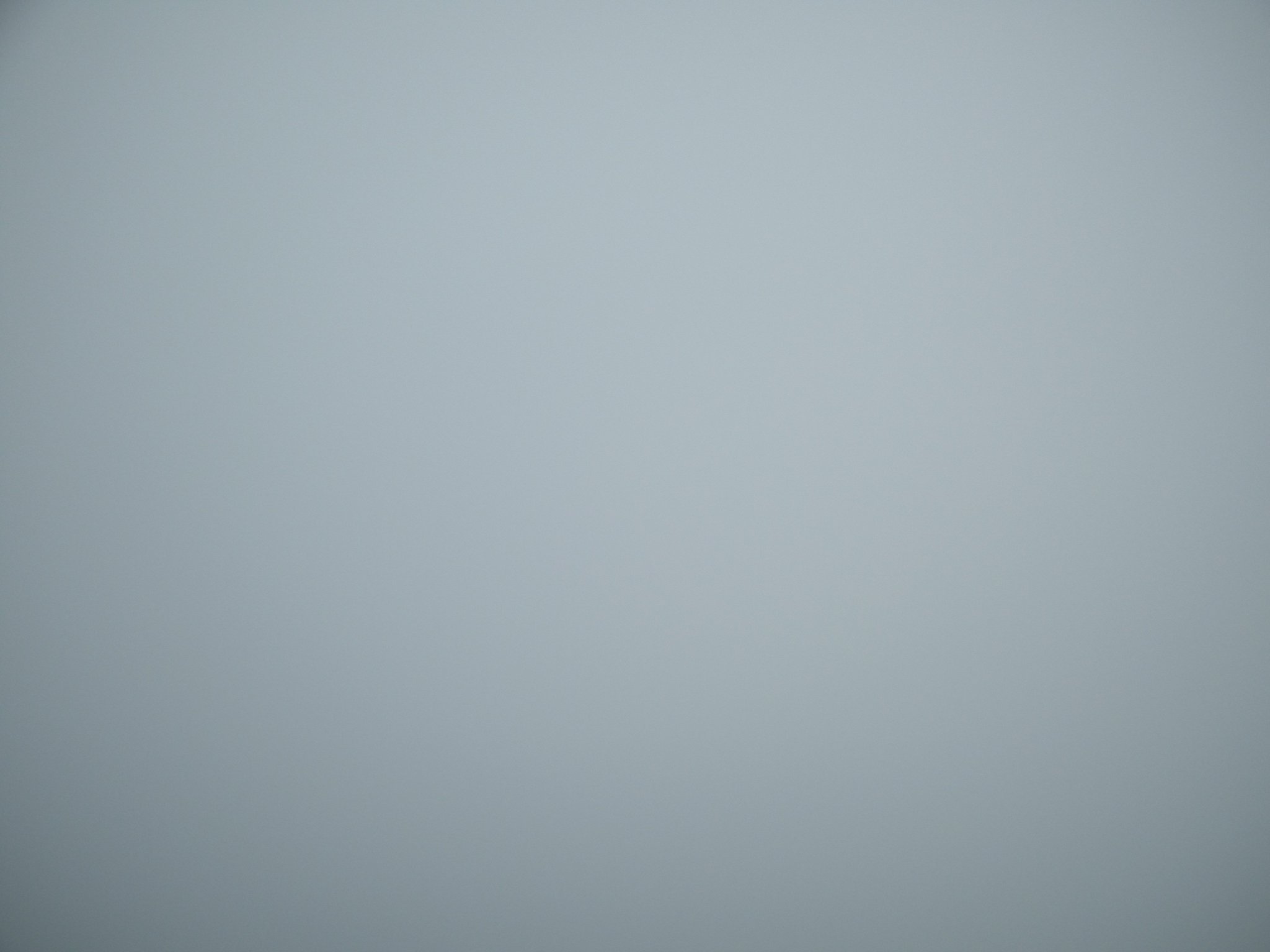 I'm back on Radio Wales this weekend, from 4pm on Sunday for my regular show and also joining Lloyd Langford from 11am on Saturday morning, as we stand-in for Rhod Gilbert.
at July 01, 2016 No comments:

A Pantheon Guide To Machynlleth Last weekend, as part of their coverage of the Machynlleth Comedy Festival - BBC Radio Wales broadcast Elis James' Guide To Machynlleth - A Pantheon of Heroes spin-off, all centred around the historic market town. I co-wrote the episode, which stars Elis, Benjamin Partridge and Llinos Mai and is available on the BBC Radio iPlayer now.

As well as being a thorough and reliable guide to Machynlleth, the episode also acts as an exciting taster of the fourth series of Elis James' Pantheon Of Heroes, which will have an altogether more geographical slant than previous series. We recorded those in the Glee Club in Cardiff last month, and they should be on BBC Radio Wales this summer.

Aside from this, I've also been working on The News Quiz with Miles Jupp (specifically, episode 3 - which is available in both Regular and News Quiz Extra formats - both of which are now available as a podcast) and I've been helping out Max Davis with these videos which are very tangentially about water.

And finally, as part of Brain Awareness Week, I was asked to provide the voice over to these lovely videos all about how your brain works (or doesn't work) written by Jon Hunter, drawn by Henry Paker and animated by Matt Partridge.

The Greatest Ever Faker 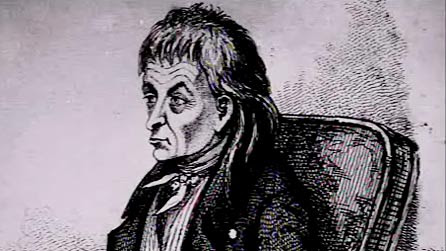 I've just finished work on a brand-new documentary for BBC Radio 4, written and presented by myself and produced by Michael Surcombe.

The Greatest Ever Faker is all about Iolo Morganwg - Iolo was a 18th century writer, poet and literary forger (and a good one, too).

In the programme we cover Iolo's forgeries and the whole sticky world of making-stuff-up as we speak to poets, historians, broadcasters, a convicted art forger and someone who writes biopics for BBC Four. It also has the greatest iPlayer photo of all time (featuring me and Joseph Rosenblum). 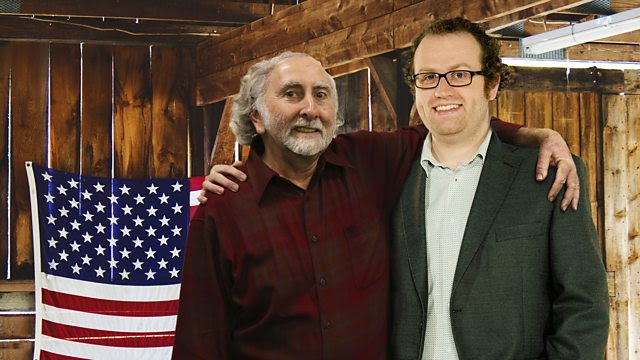 The show is transmitted on Monday 7th March at 4pm on BBC Radio 4 and will be on iPlayer forever. So, y'know, plenty of time to catch up.

Also being broadcast this week is a television show I had a small hand in - Jonathan's Six Nations Quiz is on BBC One Wales at 9pm on Wednesday 9th March.

And while I'm doing this update, there are actually quite a few things I've worked on on iPlayer (or similar) right now: 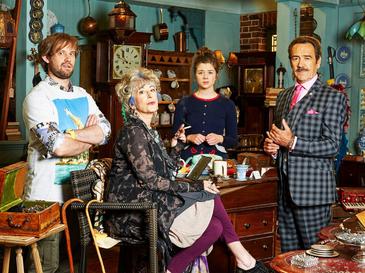 The Now Show - I wrote on the first episode of the new series.
Bull - All three episodes of the GOLD sitcom which I co-wrote with John-Luke Roberts are available on NOW TV. Click on it and just look who is in the cast. It's crazy.
Ankle Tag - Co-written with Benjamin Partridge and starring Elis James, Katy Wix and Phillip Fox - This was a one-off for BBC Radio 2, but which has just been repeated on BBC Radio Wales, so it's back online. Join-in with the hashtag #hotpig.

And my regular BBC Radio Wales show is on Sundays at 4-6pm, with the most recent episodes available to listen to on BBC iPlayer Radio. This Sunday (6th March) I'll be speaking to actor, stand-up comedian and News Quiz host Miles Jupp. Because that's what Mother's Day is all about.
at March 06, 2016 No comments:

As part of BBC Wales' "How Wales Works" season, I was asked to prepare a bunch of radio packages all about the Welsh Assembly and how it functions.

As well as appearing on-air, they've also been animated by Sharif Shawan, and the first one is out today.

There are going to be six altogether and, one by one, they'll appear on this page.

Once they're all up, I can recommend a fun game of trying to spot the places where I've said something that was factually incorrect during the recording, and have then had to fix during the edit. 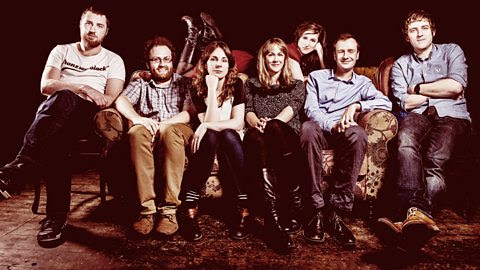 While you're on the BBC Radio Wales website, do check out the most recent edition of my brand-new Sunday Afternoon Show (and for a very limited period, there are the final episodes of my Sunday morning show there too, so you can compare-and-contrast how exhausted I used to sound).

Plus, for a limited time, you can catch series two of our award-winning sketch show Here Be Dragons.

Right now, I'm working on The News Quiz with Miles Jupp and hoping that the Welsh Assembly do something that we can base a question on. After all, I've done all the research.
at February 02, 2016 No comments: 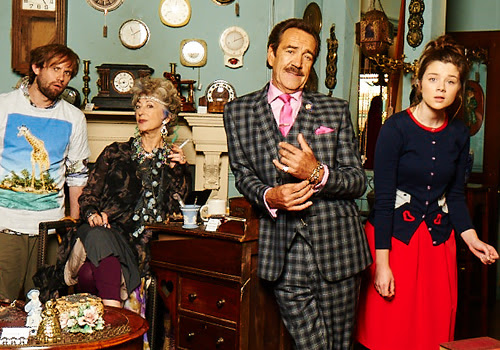 On Sunday GOLD repeated all 3 episodes of Bull in a row (so to anyone just catching it for the first time, it probably felt more like a film with a constantly changing plot).

This means that the show is now available to watch on Sky Go and Now TV. Just follow the links for more details.

Bull is written by myself and John-Luke Roberts and stars Robert Lindsay, Maureen Lipman, Naz Osmanoglu and Claudia Jessie and also features Matt Lucas, Kevin Eldon, Brett Domino, Tim Brooke-Taylor and Pam St Clement (she's meant to be swearing, but they snipped that out for pre-watershed. Don't know how Now TV will deal with that!)

Do watch if you haven't seen it before (or, indeed, if you have. It all helps the figures).And if you don't have access to Sky Go or Now TV and there is absolutely no way for you to see it, here is a screen grab of the single most important moment... 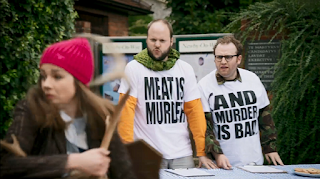 From the 31st January, my BBC Radio Wales Sunday Show will move from early mornings to the much more civilized time of 4-6pm.

At the moment, the show is made up of music, requests and things which I put together at 4am (examples of which are both here and below), so it'll be fun to see what stands-up in the cold light of day.

To help with the transition, I'll also be standing in for Rhod Gilbert on Saturday 16th from 11am-1pm, so it'll at least give me an hour of practicing saying "Good Afternoon" instead of "Good Morning".

(Anyone who has heard me stand-in for Rhod in the past will know how much I struggle with this).

And while you're on the BBC Radio Wales website, the station are currently repeating the second series of our award winning sketch show Here Be Dragons, so do be sure to check that out too. There are already two episodes online, and each one will stay on BBC Radio iPlayer for a month.

Aside from that, I'll be writing on a couple of episodes of the new series of The News Quiz with Miles Jupp and getting my head around having a proper nights sleep on a Saturday night for the first time in absolutely ages.
at January 07, 2016 No comments: