A Pantheon Guide To Machynlleth 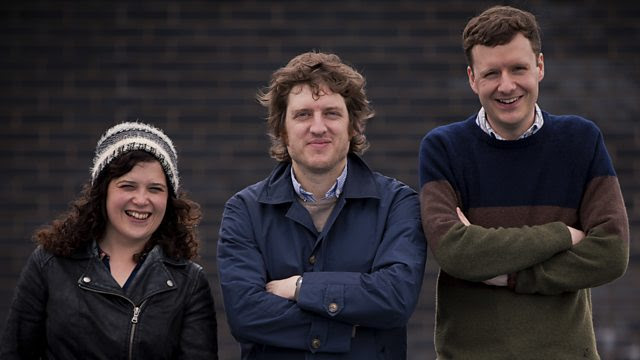 Last weekend, as part of their coverage of the Machynlleth Comedy Festival - BBC Radio Wales broadcast Elis James' Guide To Machynlleth - A Pantheon of Heroes spin-off, all centred around the historic market town. I co-wrote the episode, which stars Elis, Benjamin Partridge and Llinos Mai and is available on the BBC Radio iPlayer now.

As well as being a thorough and reliable guide to Machynlleth, the episode also acts as an exciting taster of the fourth series of Elis James' Pantheon Of Heroes, which will have an altogether more geographical slant than previous series. We recorded those in the Glee Club in Cardiff last month, and they should be on BBC Radio Wales this summer.

Aside from this, I've also been working on The News Quiz with Miles Jupp (specifically, episode 3 - which is available in both Regular and News Quiz Extra formats - both of which are now available as a podcast) and I've been helping out Max Davis with these videos which are very tangentially about water.

And finally, as part of Brain Awareness Week, I was asked to provide the voice over to these lovely videos all about how your brain works (or doesn't work) written by Jon Hunter, drawn by Henry Paker and animated by Matt Partridge.