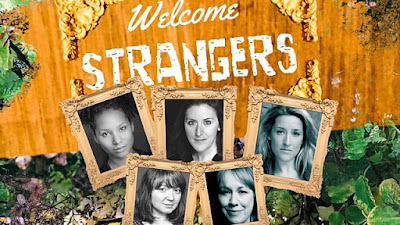 I wrote some sketches and also acted as script editor for the series, which was produced by Sarah Breese and features a fantastic team of writers (all named on the individual episodes' webpages). It was recorded in lockdown conditions so, unlike series 1, does not have an audience - but I'm sure you're thoroughly used to that now. If anything, it means you can hear sound effects like a goose in a nightclub, a seafood platter being fed through a helicopter's blades and an ancient cryptid devouring an ice cream van, even more clearly.