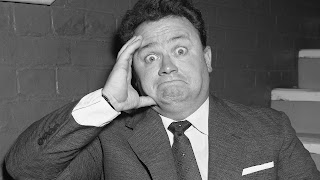 Harry Secombe - Unsung Comedian. September 2021 marks 100 years since the birth of Sir Harry Secombe. I'm well aware that to people of my generation, he is probably best known as the host of Highway or Songs Of Praise - which is precisely why I've made a documentary which ignores all of that and concentrates solely on Sir Harry's comedy career. The show will be broadcast at 6.30pm on Friday 3rd September on BBC Radio Wales and will be available afterwards on BBC Sounds. 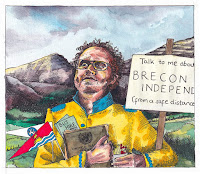 Gareth Gwynn Declares Independence From Wales is also available on BBC Sounds and follows my attempt to convince the people of Brecon to break-away from Wales and the United Kingdom and go it alone. It resulted in me speaking to the Honorary Counsul for Kiribati, leaving an answerphone message with the UN and accidentally becoming an international ambassador for Uzupis in the process. The whole adventure, split into two parts, is on the BBC Radio Wales/BBC Sounds website now - accompanied by a very swish show picture drawn by the producer, Rosemary Baker. 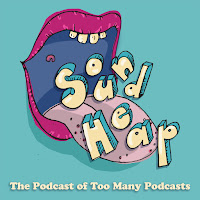 Soundheap. Series one of John-Luke Roberts' podcast about podcasts has come to an end - so all 12 episodes are now online. JLR roped 35 comedians into improvising podcasts such as Golf Cartoons Described and Remember Cleggmania? and I pop up on a couple of episodes as a contributor on shows such as Bigfoot Keeps Seeing Me Do Embarrassing Things and Crab Praise. Details on how the show was written and recorded are available on producer Ed Morrish's blog and the show itself is now available wherever you get your podcasts.